Some people move a lot when playing guitar :) what do you think?

Some people when playing guitar ( I notice in youtube ) seem to be so emotional and move so much , move their whole body while playing and many others do not move much and do not show emotions. I want to know what do you think about it?

You do whatever feels natural to you, don’t force it. As for people on youtube well, you have to be entertaining I guess so some of them play well enough and act well enough they can do whatever they feel brings attention

I think that it is like dancing and if it helps you connect with the music and doesn’t totally screw up your technique, go for it.

Watch this guy. Totally awesome playing and dynamic emotional involvement with his music without going overboard. I think it really depends on the person. I personally feel like the best way for me the get a song right is to really be into it. For me, that means moving around to the music a little and some slight guitar face, but for others that might be a level of concentration that requires little movement.

Really depends on the player.

That depends on the player. For example, I play mostly sitting, but even if I play standing up, I don’t wander around the room or jump up and down, headbang or anything. I don’t scat or hum either.

For every Pete Townshend-type of guy you’ll find one that is closer to Eric Clapton regarding moving around when playing.

As for people on youtube well, you have to be entertaining

A lot of musicians on YouTube pre-record their stuff and then mime along to it for the video, so that they can create a more visual performance without worrying about making mistakes.

I remember once I was told why I could not be just still ?

I need to try that…

Looks up smile cutely at camera…

Music exists to express emotion, if you’re not feeling it how do you expect the listener too?

All I’ll say about this is I’m very jealous of the people who are able to jump around/look at the camera while playing, after all the energy you express is contagious and can really supplement a performance.

But I as a listener I don’t need to know/see how much the musician was into it. After all, there are countless sound recordings that manage to get feelings across despite the musicians not being seen.

Sure when you can’t see the performer you use your imagination.

and some slight guitar face I actually met him at a Boss promo event in Reading several years ago. He’s a top bloke and an awesome player. But, boy, does he pull some faces when he’s playing.

“Guitar faces” often feel to me like explaining why a joke someone made was funny and should have made people laugh. I mean, it’s OK to be in the zone, but don’t get too overwhelmed by your virtuosity.

However, if they are part of the interaction between musicians or a result of being under the influence of a substance or another, I’m more forgiving.

@Jamolay aaaaah Joshua what a piece of heaven. He is so blended. I do hope your Classical guitar studies are bringing you joy.

I wonder how you’ll react to the facial expressions Nadja Salerno-Sonnenberg playing Bach? A violin playing friend of mine told me about her. I’m in awe as I watch her play. Her left hand has a life all of its own. 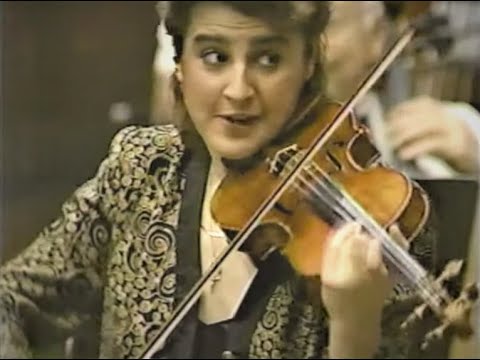 I thought ‘guitar face’ was a skill like singing. It needs to be an extension of you and you need to be able to do it while playing. I’ve been looking around the site for a lesson on it from Justin. Perhaps it’s in the advanced grades.

I’m personally fascinated by those classical guitarists that are perfectly still in themselves, and yet their playing is so good that you can guess the movement in their soul. Look at Segovia: how inscrutable is face is!! :o Ana Vidovic is one of my favourite and there you can hear really how great technique and feeling meet: you don’t see it, you hear it in the music.

Singers’s face is something else.

It’s a sacrifice of the ego as we shape our vowels, consonants and breath in the pursuit of expressive resonance and tone. I’m studying Marc Martel right now. Some of his facial expressions ain’t pretty even on his handsome face, but the sounds he produces … aaaaaaaaaah.

I expect some people do deliberately move while playing in order to improve the visual aspect of their performance to the audience. I think it can be a good thing, adding to the show and helping project the feeling behind the music. Sure, the music can and does do the talking on it’s own when the performer isn’t visible, but if you’re watching a musician standing as still and as expressionless as a mannequin then I think it loses something, especially live.

I also think just as many people move without putting any conscious thought into it at all. I know I do. If I’m just playing songs rather than learning or practising, I routinely find myself bopping, swaying or rocking along to the music. Sometimes I have to consciously prevent myself doing it, because I’m no expert and the shifting guitar does lead to more mistakes being made. That said, mistakes or not, my playing feels more enjoyable and fluid when I just go with the flow.

One thing that interests me is whether my “instinctive” movement will continue when I reach the stage where I’m comfortable performing in front of people. I feel a bit foolish when my partner walks in and sees me moving about, though I know I shouldn’t.

I suppose at the end of the day, it’s just down to how we as individuals express ourselves. Some are more dynamic and/or openly emotional than others.