The Power of Love (FGTH)

Following @SS7’s suggestion, I quickly recorded some video of me playing a song (admittedly it’s one I’ve not fully learned yet): 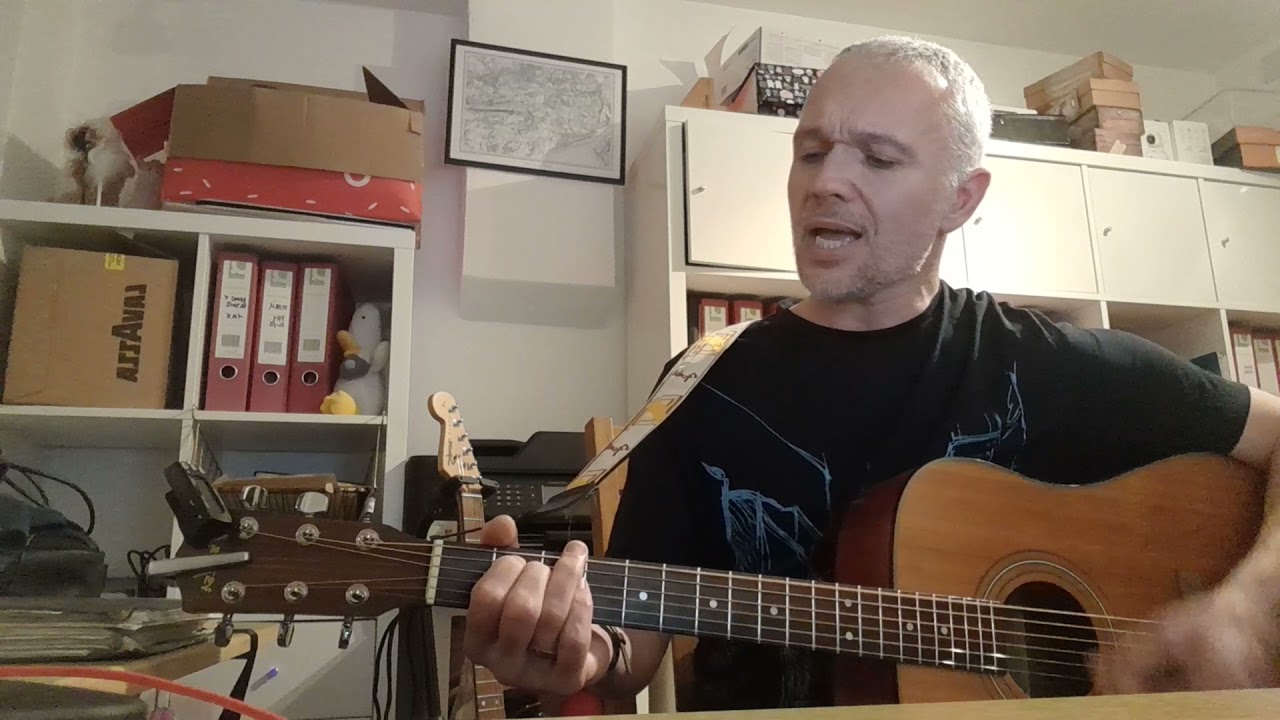 That was great Iain. Really well played and sung. Solid strumming, clean chords and a super vocal of what must be a difficult song to sing due to the phrasing and range of notes.
Well done too on your first AVoYP. I look forward to more from you.

I echo Gordon’s comment. I think it is very good. I noticed there were some challenging Barre chords in there that you nailed. I also noticed you kept your strumming arm moving at a nice steady pace throughout. Those more experienced than me may have recommendations on what to improve.

I was expecting the song from Back To The Future movies, so it was a surprise to me.

I don’t know the original song but this was a great performance. Clear chord changes, solid rhythm, also a nice save at the end when you wanted to play the D chord but quickly corrected yourself and went for E minor. If there was no video, I wouldn’t have noticed

The melody requires a big range so well done on singing as well. + singing and playing at the same time is something that is completely foreign to me, so I am always impressed when people do it.

I tried to provide some constructive criticism but really apart from a few chord changes that could be a bit cleaner, there’s not much that I can suggest to work on.

Nice playing and singing, Iain. As others have said, you’re keeping your strumming hand moving in rhythm, and doing a good job on a pretty challenging vocal, as well. You have what I call “the bones” of the song down. The rest is just polishing it up. For that, I’d continue to work on clean chord changes (ideally without looking at the fretboard, but a quick glance now and then doesn’t hurt) with a drum beat or a metronome, and perhaps think about varying the dynamics and strumming in the different sections of the song. Well done!

Well done Iain, you are killing it! Really enjoyed the cover, nothing more to add to what others already said. Bravo on your first recording

Lots to be proud of that everybody has highlighted. Can’t add to the feedback you’ve already received.

The recording sounded and looked good, which I assume was made with a phone. I am guessing that you are right-handed. If so then have a look at your phone settings to get the video flipped around, unmirrored.

Look forward to your next!

Great first foray into the AVOYP world Iain.
You’ve got what it takes to play and sing and enjoy making music for many years to come.
Constructive critique …

I noticed a few inconsistencies in timing / bar lengths. When playing solo and accompanying yourself this is no issue as you adjust your playing / singing accordingly. When playing along with songs or with other people this is important. You need to learn to play with good and proper tempo and counting and consistent beats. If you are not already then practice rhythm alongside a metronome or drum beat and practice songs along with originals or backing tracks or the app.

Is there a reason you have opted for Em chord with fingers 1 and 2? This is fine in many circumstances though using fingers 2 and 3 is more common and more flexible in a great many chord change scenarios.

On the 5-string barre chords take the time to check your index finger placement. I see you laying it across all six strings on the Bm chord. On occasions you may want to reach out and play the bass note on the low E string, but not as a matter of course. Ideally, barre five strings and your index reaches a bit beyond to touch and mute the low E string, not to press it down.

Great first effort Iain. A million miles ahead of the first recording I posted here (on the old forum anyway) and better singing than I can manage even now

I second @Richard_close2u that cleaning up the timing/bar lengths would be the next key step.

The rest is just polishing it up.

Thanks Jason, I really need to learn the song properly; there are at least two points where I was aware of messing up the lyrics (once in the bridge, once in a verse), and of course that makes playing along a lot harder too!

I was expecting the song from Back To The Future movies, so it was a surprise to me.

Ah yes, same year too,1984 (in fact that year there were 3 different songs released called “The Power of Love” that eventually made it to number one in the UK pop charts, the one you are thinking of by Huey Lewis and the News, this one by Frankie Goes to Hollywood, and one Jennifer Rush!)

If so then have a look at your phone settings to get the video flipped around, unmirrored.

Thank you and yes, ooops! Would you believe I didn’t spot that at all?

I’ll take a look at my settings. (This is actually quite embarrassing for me as I actually record a lot of video for my day-job, so I really should have noticed something that basic

Wow - thank you for taking the time to put that together for me. I will try to get this more polished and upload it again. One of the most challenging parts of this song is that the chord changes just do not line-up nicely with the lyrics; so I have chosen it a as a challenge for myself to get right (I want to play it at a local open mic night).

Is there a reason you have opted for Em chord with fingers 1 and 2?

This is probably an artefact of how I first learned to play guitar (with a chord dictionary and bumbling through my favourite songs until they sounded right). I know that my Em and A (played with 2,3 + 4) are a bit unconventional; and I think that early on (around 2004) I was playing something that switched A to Em a bit (or vice-versa, so playing Em with 1+2 allowed a very easy change to 2+3+4 for A. Practice makes permanent, and all that

On the 5-string barre chords take the time to check your index finger placement. I see you laying it across all six strings on the Bm chord.

Thank you - this is a real boogie man for me, particularly when playing this! In the video there are even a few occasions where I realise my index finger has landed wrong and I correct it. I can do fast and 1 minute changes to 5th root with the correct position (and I can smoothly hit root 5 power chords), my index finger seems to get a mind of its own as soon as I open my mouth to sing in some songs though (for some reason, if I play Hotel California without a capo the Bm always lands correctly though)! This is definitely something for me to work on.

Well done Iain, great entry into the AVOYP section!
I think it may have already been pointed out but you look like a lefty so if you’re not then your video needs reversing.

Very well done Iain. Thats a pretty hard song to sing but you sang it well whilst playing at the same time! I’m currently trying to consolidate grade 1 and having strumming woes, and i’ll be using your video as an aid/example to help me.

That was very nicely played and congratulations on your first AVOYP post Iain. I really enjoyed it.

(I’m still trying to work out how to unmirror video on my phone, no luck so far though

As the Frankie Goes To Hollywood version of this song is the only one I know I’m impressed with how good your cover sounds, given it is stripped down to a guitar and vocal without effects. Very different to the orchestrated original. Good job Iain!

You need a Video editor to do it but in future use the main camera not the selfie camera, it’s that what screws it up!

What a great entrance and first post. It obviously isn’t an easy song to sing but you did it well. Lots of good advice above to smooth it out some, but nonetheless a very enjoyable performance.

On Android, if you go into your camera settings and turn off “save selfies as previewed” it should look the right way round when you play it back on a PC.

I’m impressed with how good your cover sounds, given it is stripped down to a guitar and vocal without effects. Very different to the orchestrated original. Good job Iain!

Thank you, I do like to play around with songs that weren’t originally written or performed on guitar (When Love Takes Over by David Guetta, and I’ve Gotta Feeling by The Black Eyed Peas are two others I play around with in this category)

On Android, if you go into your camera settings and turn off “save selfies as previewed” it should look the right way round when you play it back on a PC.

Yes, it should. If only it actually did

Time for a drop kick I think Iain.