At home I run Linux (Ubuntu, to be precise), and in this part of my log I’m going to document how I got things up and running (I hope).

Step 1a+b. Install Ubuntu Studio along with a low-latency kernel (this is based on reading I’ve already done, e.g. drivers - How to setup my Scarlett 2i2? - Ask Ubuntu )

Step 2. Plug-in the Scarlett, it runs in USB mass Storage Mode, and the “Read Me for more Info.html” can be opened, which gives a link that will take you to the Focusrite webpage that allows you to register your device. Lovely.

Thank you @J.W.C and @Majik - I’ve now worked out the next step was just to take the 2i2 out of mass storage mode*, and then hook up. Everything seems to be working now…

*Simply press the 48V button for 5 seconds while turning on the power to it.

A quick bit of fingerstyle Progress & Performance: Audio-Video of You Playing

I was lucky enough to get a new audio interface for Christmas, so I thought I’d test it out. This is the result, I kept it short (just under 30 seconds!) as I’m after feedback on the audio/recording quality as much as anything else: If it sounds OK (in terms of audio quality), then I’ll try a longer version. (My first upload to SoundCloud too…)

And one straight from my phone (I even forgot to un-mirror the video):

The Power of Love (FGTH) 📣 Audio-Video of You Playing

Following @SS7’s suggestion, I quickly recorded some video of me playing a song (admittedly it’s one I’ve not fully learned yet): [The Power of Love cover] I’m interested in any feedback on my technique!

I’ve also read a few learning logs, and have decided to adopt the format of @adi_mrok as it sets everything out really cleanly…

Songs for the future:

Congrats on the new interface.

Nice to see another Linux user around here. I’m running Arch, and @Majik runs Linux as well. I haven’t installed the Windows Focusrite software with Wine, so can’t offer any advice on that. However, if you’re running a fairly recent kernel version it has Scarlett support built in. There’s more info in this thread on the LinuxMusicians site. You can then use alsamixer to change the config on the Scarlett (e.g., turning “inst” or “pad” on and off, et cetera). A Linux-based GUI for such configuration is under development.

Very nice, @iainism. And, as @J.W.C mentioned, I’m also a Linux user and there’s a few others around (I think @stitch still runs Linux on some old hardware).

In fact I was involved with some kernel testing work around this time last year for a bunch of Roland/Boss and Yamaha support patches, working closely with the lead developer of ALSA.

As @J.W.C mentions, the “drivers” are largely built into Linux. Which devices are support tends to depend on the Kernel version. For instance, if you had a Boss Katana, the support for that I worked on is in Kernel v5.11 onwards. The “drivers” are contained within the “ALSA” layer, which is common for all mainstream distributions of Linux, so it won’t matter if you are using Debian, Arch, Ubuntu, Ubuntu Studio, etc.

I’m using 5.4.0-91-lowlatency at the moment, so the new Scarlett drivers aren’t available, it seems fine as it is though.

@iainism @J.W.C @Majik , It is nice to know that there are other Linux users here, because I will probably need a lot of help later on down the line!! My distro is Peppermint, based on Ubuntu & lately Mint. I did try Ubuntu Studio shortly after it first came out years ago. I was fairly new to Linux & Ubuntu then & couldn`t get used to it.

When I feel capable of trying to record anything (which at the moment won`t be for quite a while), I will feel more confident knowing there are others here to hopefully help.

My first AVOYP is up, based on the discussion above, thank you for your hints/tips!

A quick bit of fingerstyle Progress & Performance: Audio-Video of You Playing

I was lucky enough to get a new audio interface for Christmas, so I thought I’d test it out. This is the result, I kept it short (just under 30 seconds!) as I’m after feedback on the audio/recording quality as much as anything else: https://soundcloud.com/iain-cunningham-434490004/fingerstyle-test If it sounds OK (in terms of audio quality), then I’ll try a longer version. (My first upload to SoundCloud too…)

Even if you don’t share it, have you considered recording for yourself? It will give you a good benchmark to measure your progress and you may also spot some things that you can work on immediately as well?

Well done Iain on rearranging LL, I dig the style

will be great to follow your progress further down the line, you already have some impressive achievements in your sleeve, it will only get better

Great to see another Learning Log/Roadcase from new members. Nice to see you laying out your objectives as well. Looking forward to see this develop.

Great to see another Learning Log/Roadcase from new members. Nice to see you laying out your objectives as well.

By the way, if anyone likes @adi_mrok’s template that I borrowed, then to save you some editing, I copied it in below as preformatted text, for an easy copy/paste.

Well done, it just takes time and practice, I thought 160 1/4 notes where going to be impossible and like you struggled around the 90-100 mark but bit by bit it got faster. Just take small steps and you will see progress. I really need to go back to this as I topped out around 110-120 1/8s before getting distracted. Maybe time for a revisit as its been a while.

Thanks Toby. I think I had some kind of mental block, as I was stuck on 90 BPM for ages. Something has ‘clicked’ though, and I’m now up to 110 BPM. The problem I had was synchronicity between fretting and picking, and now I’ve broken through 90 BPM I feel as though I’ve taken a massive leap forward with that, I still get a dead note now and then from a timing error with my fretting hand, they are quite infrequent though now.

Great LL Iain. A good idea to have all the various goals set out clearly in the one place.

I didn’t understand all the techie stuff however. What is Linux? Don’t tell me, I don’t need to know

. I’ll be sticking with the press record on my iPhone technique for the foreseeable future!

I look forward to following your musical adventures.

A good idea to have all the various goals set out clearly in the one place.

Thank you I really can’t take credit for that idea though, it’s completely borrowed/stolen from @adi_mrok !

(Linux is just an alternative to MS Windows/Mac OS, nothing too scary as a concept)

@sairfingers Linux is Charlie Brown’s best friend. Trust me I know so much about tech stuff

Ah of course! He’s the drummer. And here was me thinking it was an open source operating system! 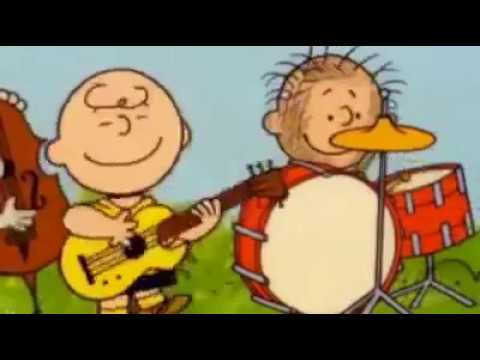 Ah of course! He’s the drummer

That’s Pigpen the drummer not the software.

Ah ok. He must be some sort of kernel then?