Sorting out a drawer the other day came across my first guitar pick.

I got it when I was a young teenager in the early 1960’s and it came with a guitar that I got for Christmas. The guitar was not a toy but perhaps not a proper guitar as I recall all the strings where nylon.

Back to the pick, it says Heriba Made in West Germany, DBGM on one side and the number 2 stamped on the other side, see attached photos

Being an engineer I measured the thickness at 0.7 to 0.75mm

Did a search of the internet and discovered they still make picks although one account says a Phantom jet crashed into factory in 1979 killing the crew and the owner of the firm, very sad.

However more worrying from my point of view found another site that was selling them as Vintage picks, that does not do a lot for you when you were given something new which is now called vintage!!!

I know from another thread that @RobDickinson Has wooden pick but not sure how old that is.

It seems likely that some people collect old picks, is there anybody in the community who does this.

Also Does anybody else have any “Vintage picks” 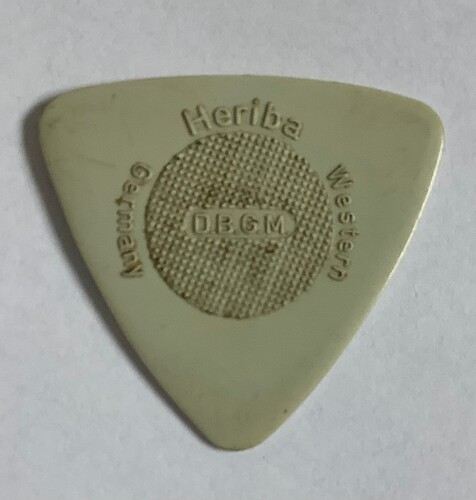 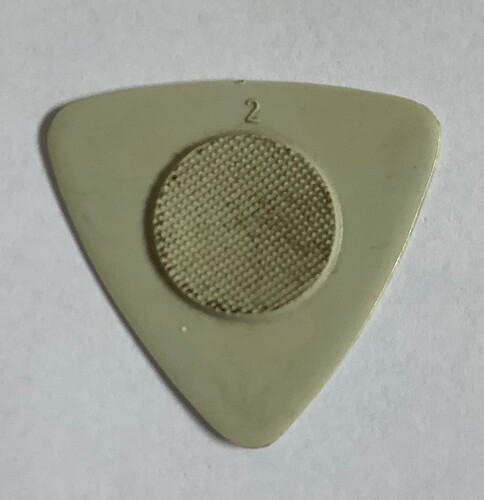 Such a cool find and memory, Michael. I like the look of that circle textured addition to aid in maintaining secure hold.

Some things are vintage, and some are just old.

I had this one from about 20,000BC , still good for rock but tbh overkill for some ballads 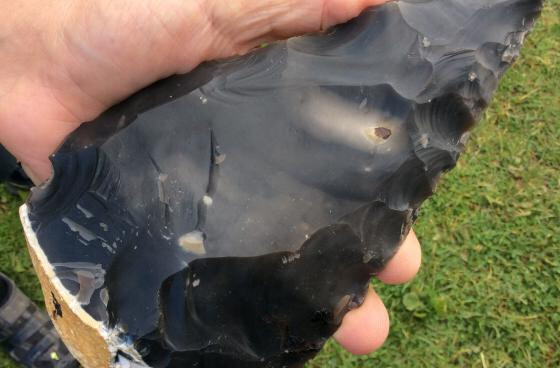 Rob
Strange I don’t remember seeing a guitar or any stringed instrument in 2001 A Space Odyssey.
Do recall a scene using a hammer or bone, perhaps this was an early practice of the “hammer on” technique.

Jonathan @Twin_Six
Interesting comment as you say they could just be described as old.
I have looked up vintage in the pocket Oxford English Dictionary, and it seems more interested in vintage wines🍾

Don’t think there is clear guidance on what you might call vintage, although there is for cars.
The pick dates from the mid to late 60’s when I was a teenager, so that makes it at least 55 years old.
When I did the original post I did find a site selling them as vintage. Had another look today and came across this advert for them on Google not the original one I found. 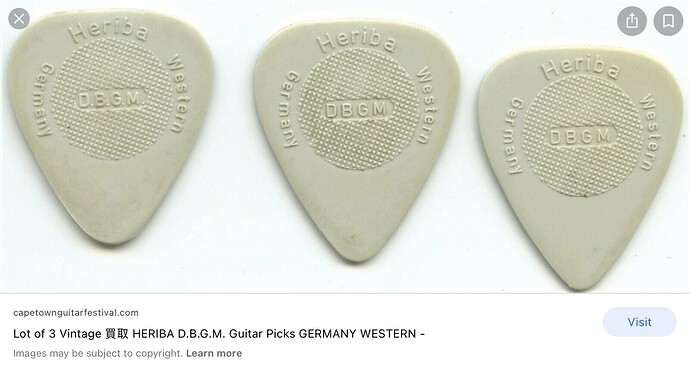 Thanks for your thoughts always good to have some dialogue over the items in Chat category.
Cheers Michael

The word Vintage gets thrown around a lot by people trying to sell old stuff. Probably the most over used word in Guitar and Guitar related items that are for sale.

@stitch
If you call something vintage you can charge more presumably.