I’ve credited this song to Neil Young who released it in 1978, however it was first released in 1963 by a duo called Ian & Sylvia.

Neil often performs it with Willie Nelson playing backing. Willie couldn’t make it over due to Covid so I’ve had to make do with a home made Trio+ backing track.

This is almost a first take. The first couple I had to stop and redo the Trio levels. I think this one is ok.
You can tell it’s a one take as I started to get a bit hoarse towards the end and there’s a couple of clams.
As I always say, I’d rather post what I feel is representative of my progress rather than try for a lucky perfect (a relative term!) take 15.

Crikey - four strong ones? You did fall off the dry January wagon didn’t you! 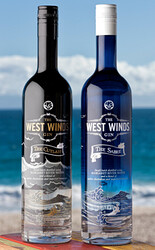 Hi Gordon,
I like NY and this is a nice song you did. I am not much for the metronome or clapping sound in general… whatever it is. But on this song it seems to fit in well. I liked your play and vox. Also the smile at the start adds a nice touch.

Crikey - four strong ones? You did fall off the dry January wagon didn’t you!

Gosh Close,
Is that legal to post pics of wine on here? LOL, the kiddies might get the wrong idea!
JK
LB

The folk troubadour mantle suits you very well, Gordon, I loved this. The picking embellishments, the G bar chord after the F, the relaxed vibe, the singing, the smiles - I loved it all. you were very smooth on the move to the accidental Dm and then going back to C too! I remember singing this song in the car as a kid with my sister, it would have been the early seventies, on our many road trips, so it’s an Ian and Sylvia recollection I have, not a NY one. (All Canadians though!) I went and listened to the different versions on YouTube to be sure, and that’s definitely the version I recall. I did a little more ‘research’ and found an interesting little tidbit, “In 2005, CBC Radio One listeners chose this song as the greatest Canadian song of all time on the program 50 Tracks: The Canadian Version. It is considered the unofficial anthem of Alberta.” I don’t know about it being the greatest Canadian song of all time, but it’s certainly up there IMO. Lovely to hear you playing it.

Nicely done, Gordon. You looked relaxed and at ease.

Gosh Close,
Is that legal to post pics of wine on here?

I think that’s gin. But given Gordon’s location, a picture of some good single malt might be more in order.

Nicely done, Gordon. Picking in amongst the strumming a good effect. Not a song I knew but I checked out a Neil & Willie performance after listening to yours, so now I do!

Well seeing as though Richard started the barrel rolling, that was as sweet as a 15 year old Glenlivet!
Nicely done Gordon

That was great Gordon, ace performance to me! Richard offered you a gin, Strong reminds me of a good old piss-like type of lagger back we all had during my uni times, cheers 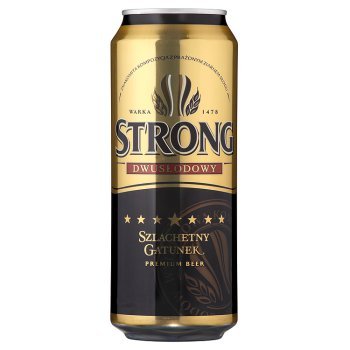 Four Strongs would knock you off your feet as I think they were like 13% alcohol!

I think that’s gin. But given Gordon’s location, a picture of some good single malt might be more in order.

Ha, that is even worse… Hard stuff!
That will keep one rock’n!
LB

The gin’s name is West Winds

Very nicely done Gordon, I enjoyed it even though I’m not a big fan of NY [shame on me!] - never heard it before!

Didn’t have me glasses, thought it might be Gordon’s Gin

Very nicely done Gordon. I used to play that on regular rotation, might have to dig it up again.

I don’t like to pass along nits these days, but the beat part just sounds a bit off for me. Like a coconut shell clapping on a table. I would really prefer to hear you play this straight up with just you and your guit. I know I can’t always get what I want, and what you did here is really great. Dug it!

Really nice plying and vox, Gordon. The little guitar embellishments add a lot. A very nice, confident performance for sure, and a very nice performance to listen to. Well done.
Haha. Just realized I had written this a few hours ago and didn’t hit the reply button.

Finally had time to listen to the whole song Gordon.
Good job.

If you’re coming out to Alberta I’ll put you up, we have a spare room but you’ll need more than those two bottles of gin to keep you warm.
It -27c here right now

you might want to leave your Martin
at home. I’ve got a few Gibsons to keep the fingers warm

I’m a little late to this party.

A Gordonmorangie would go down well while enjoying a second listen.

Full marks on the cords embellishments.

Not one of NY’s albums I’ve listened to, start to finish. But it does include one of my favourite (maybe I’ll be able to play it one day) songs “Look Out For My Love”, which I knew from the Unplugged album.

Also discovered that JJ Cale played on this album.

Thanks for the listen Mari. Lovely to read about your childhood memories of this song. I certainly didn’t know it was the unofficial anthem of Alberta.

The song was written by Ian Tyson (Ian & Sylvia) and in addition to Neil Young has been covered by many well known singers including Bob Dylan, Johnny Cash and Marianne Faithfull.

And now it’s been covered by a wannabe singer/player from Scotland!

Gordon, man- what’re you doin’?
Yesterday Stitch mentions triads and sends me down that hole. Now I listen to you with your fancy strumming, reminding me I haven’t learnt a sing’n’strumalong song in a while.
Sigh… I don’t like this new Community- too easy to get distracted and not actually play the guitar we talk about

Top job though.
Have some good old-fashioned bibes, I mean vibes