Hi, getting a bit lost here but having a go!

Has anyone else had a physical knock-back on their guitar journey? I am hoping for some inspiration… I’ve had a thumb replacement on my fretting hand and so I feel like a loser in a snakes and ladders game. Long ole snake! My set back is a bit of a motivation killer so I’d be grateful to hear from others who’ve overcome a similar struggle. Peace and Love

@BernadetteG I had a similar set back but not as drastic as a
replacement of a thumb.
I broke my ring finger on my left hand (fretting hand) right
at the second knuckle. Couldn’t bend if for months.
I just kept playing as best as I could. It took over 2 years before
I could use it and had to learn how to play differently.
I still can’t bend my finger very well at that knuckle.

The only good the come from this was I learnt how important
a good set up is on my guitars. People are always amazed at how
easy my guitars are to play.
All I can say is keep at it, don’t over do it and get your guitar set up.
Remember to have fun
Music is the best gift you can give yourself.

Fingers are such a bugger to get moving! Thanks

Has anyone else had a physical knock-back on their guitar journey? I

I lost a fight with an electric planer and it took off a good sized chunk of top side of my middle finger on my fretting hand. Ouch. While it healed I learned to play slide guitar and it still hurt for some months afterwards when I was able to finally fret with it again. Nice side effect is I can squeeze my fingers together more easily for the A major chord with that finger being leaner.

I like to joke that it will set off a trend with other guitar players when they see how easy it is to finger an A chord. Imagine them going to a plastic surgeon with middle finger raised asking for a “Tony”.

I do feel very thankful it was a short term set back.

My fretting hand has been numb and tingly since June 2020 when I had a major arm infection and spent a few days in the hospital. if I overuse it it’s painful. I had carpal tunnel surgery last summer but it made no improvement at all. How I dealt with it was first to be depressed and not play much, but now it’s to be careful about how long I practice or play at a time (30 minutes tops is my limit, 20 is better), and practice more frequently instead, and also to basically accept the trade off of increased irritation to do something I love, play my guitar. Maybe you can develop a modified technique that doesn’t require much from your thumb, maybe shorter practice sessions will help, and hopefully over time you will adapt to or overcome current limitations. Good luck to you - and remember that having fun is one of the best parts of playing guitar.

You could take a look at Tony Iommi or Django Reinhardt for examples of pretty decent players who have had finger mishaps! Not thumbs, though. 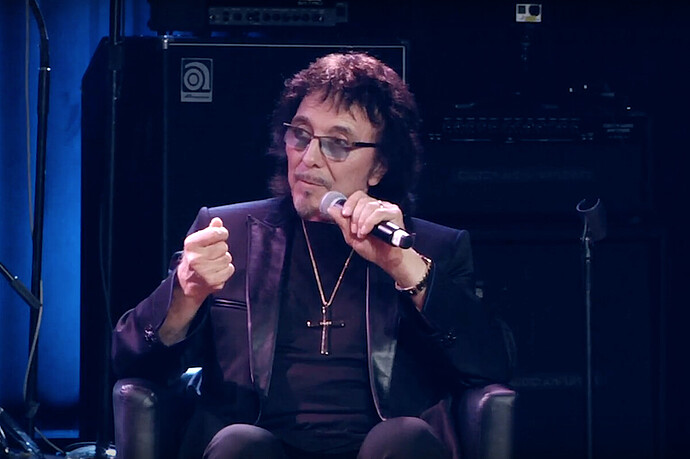 Black Sabbath's Tony Iommi: How I Chopped My Fingers Off

Tony Iommi talks about his early days as a musician, cutting off his fingers in an industrial accident and his road to forming Black Sabbath. 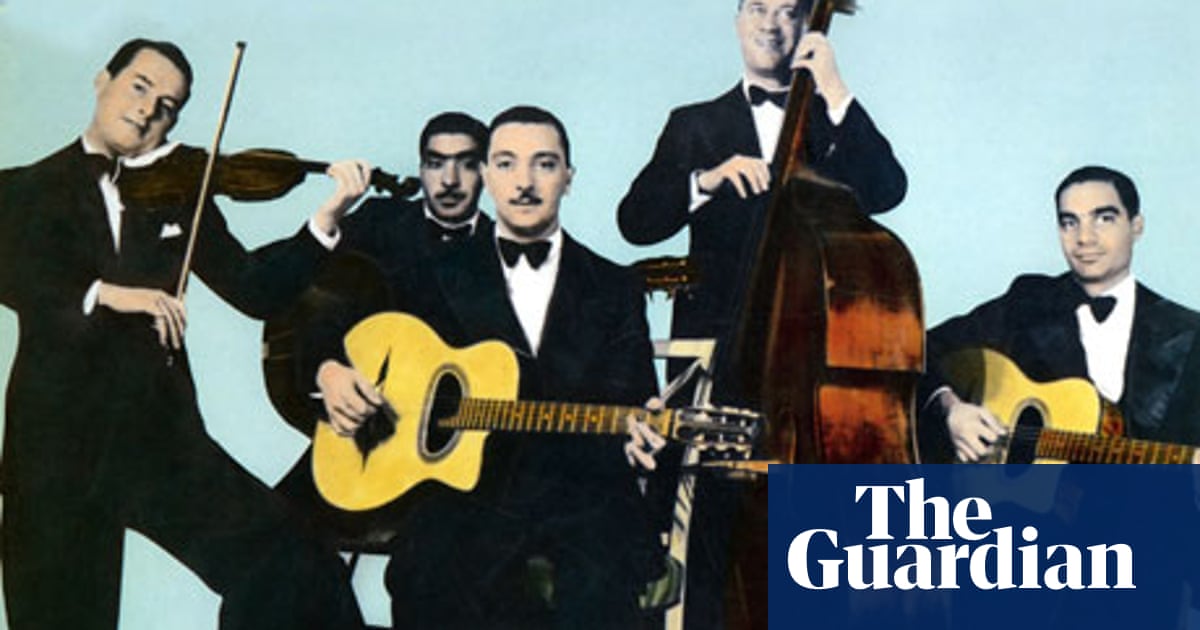 Ouch! I love slide guitar, I’m finding out it’s quite a skill though!

Yes, I perhaps do need to limit my playing time a bit an be more consistent.

Yeah, I was thinking of Tony when I wrote the post. I saw Sabbath a few years ago. I had no real expectations but they were great!

I’m finding out it’s quite a skill though!

I was fortunate to get help from a friend. It’s not that hard for simple stuff esp with open tuning. I liked the sound of the ceramic slide better than the glass or the brass ones. I also had the setup on my guitar changed with a straight nut and saddle and 13s for strings.

You just shot yourself in the foot mate-
No foul language allowed in the community, so whenever someone rubs me up the wrong way, I shall simply reply: “Don’t be such a Tony!”

Don’t be such a Tony!

David…Brian talks with a dirty tongue, get your gun

2: @DavidP I think ,it’s necessary, he really still reads everything

3: Ooo, thanks, Lieven or Richard eddit me before, posting a whole video somewhere before, so
posting these links was already super computer tech nerd for me…i will find the good way
4:

…choose one of the hidden fingers…

@BernadetteG …Good luck, and have fun, and as long as the pain doesn’t stop you or gets worse…play the guitar…, and talk about the things that are going wrong, like you already do.
Greetings , Rogier

I confess reading everything is beyond me, Roger.

For posting links, use the ‘chain links’ button in the Edit Window menu bar as you type up your post. Clicking it opens a pop-up window that looks like this: 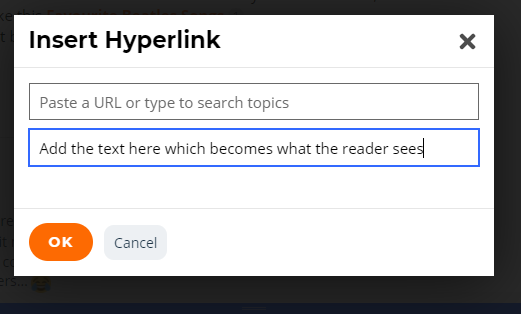 That’s how Brian added the clickable “Favourite Beatles Songs” in his reply.

I confess reading everything is beyond me, Roger.

The chain links i found earlier…but I missed the addition of your own text, so that people see what they are going to click…Thanks for watching over

Don’t be such a Tony

Hi Bernadette.
Have a few problems - nerve damage to fretting hand/arm, so last 3 fingers do what they want some of the time instead of doing what I want

Loads of scarring in left (strumming) shoulder so that flares up and stops play.
Neck joint and nerve impingement which is a pain in the…neck

Lower back injury and some seriously wonky twisty legs means playing standing up is extremely difficult.

But let us not be downhearted siblings! One total catastrophe like this is just the beginning

Hope you find a workaround for your thumb - I guess it depends on the mobility as well as the pressure you can exert as much as anything which may limit your play early on.

For the next few days (or weeks) will you keep thinking that they will say something bad to you when you are called?
At the very least it will bring a smile to your face.