Reaper Song Slow Downer - How to!

From time to time I have seen others asking how to slow down songs, so they can transcribe and or play them. Reaper itself is capable of this and it works on the PC or Mac. Reaper is also free for 60 days of full program trial.

This link starts from the meat of what you want to know. The imbedded YouTube video below is from the start of the of it. Hope this helps others to learn better!
LB

You bet Maggie,
I know over the years I have seen many requests for slowing down songs. Riffstation used to be ok for such. It also tries to ID chords in the song. But that can be inaccurate. Alas I think it is no longer out there.

YouTube is also able to change speed without changing the pitch, I’m just wondering whether it works also for transcribing?

Mark,
Yes, YouTube is a viable alternate. Both can be used to transcribe. But YouTube is pretty rigid in the slow down/up increments of 0.25 and does not have the fine adjustment in speed that Reaper is capable of. Reaper can go up and down in speed in very small amounts, adjusting to whatever speed you desire. In addition, Reaper can have it’s indicators or locator play area set to wherever you want in the song and offer a loop area that is totally selectable. Say you want to focus on a guitar solo. You set Reaper to just play that solo area. This is not possible with YouTube. Thus, at the end of the day, Reaper offers far more options. Another nice feature of Reaper is that you can select just an area to slow down via a playback envelope and leave the rest of the song at full speed. Then you could set the playback locators to what you want. These settings and the song can then be rendered out to an MP3 or other format file to give a file to use in VLC player or other playback device or software. One would then have a practice file they could put on a phone or other playback device. This cannot be done with this many options on YouTube either…

Hope that helps and gives you an idea of how powerful the Reaper solution is.

Hi LBro, yes you are right, being able to repeat the defined area is very important. Thanks.

Mark,
You are welcome! Give the playback rate a try in Reaper and let us know how it works for you!

Great tips, and I actually was not aware that Reaper could preserve pitch when changing the playback rate… that will be useful, also when recording!

Another alternative that I’m using myself is the program Transcribe!
https://www.seventhstring.com/xscribe/overview.html

It’s a bit old-school looking in its UI, but it’s a really really powerful tool… used by many professionals for transcribing.
I use this for all the songs that I want to learn as well, because you can set up multiple named loop sections and save them within the project. And it’s also very good at changing tempo without affecting pitch… or changing pitch without changing tempo (when our singer wants us to play a tune in a different key this is very useful for practice sessions)

Thanks LBro, I figured how to do it but differently! What I do is before I upload the track I make sure I have bpm correct and then by changing bpm to lower or higher track preservers the pitch. Also if you go to take properties there is a way to slow down without influencing the pitch. Just a funny fact

Great tips, and I actually was not aware that Reaper could preserve pitch when changing the playback rate… that will be useful, also when recording!

Hi Kasper,
I am wondering if Transcribe evolved out of Riffstation? At one time I know Fender gave away what I think is Riffstation for free. From there I am fuzzy on what happened or what evolved next.

All you mention is doable in Reaper. Be sure and stick with the video long enough to invoke “preserve pitch” or you will get some surprise pitch shifting going on. You can go another route in Reaper with this and set up a play rate envelope via the Master track “Trim” button. Once this is done, you can vary the Master track play rate envelope to what you need for playback. Selecting some areas for whatever speed you need and leave others at speed. You could then keep and playback in Reaper or render out to file. All very powerful, just as you say!

Key shifting is also a Reaper function. Though I was doing it via pitch shifting in Action items. Yet of late that seems inaccurate. Thus I went to what OH49 uses and that is done via Reapitch, which is a free, included Reaper plugin.

So now you have 2 tools to do these functions in. Transcribe sounds good and maybe each tool is good for differing desired outcomes?

You are welcome!
Maybe Justin is not aware of Reaper’s capabilities in the area of Playback Rates? Who knows?

All the best and keep rock’n,
LB

Thanks LBro, I figured how to do it but differently! What I do is before I upload the track I make sure I have bpm correct and then by changing bpm to lower or higher track preservers the pitch. Also if you go to take properties there is a way to slow down without influencing the pitch. Just a funny fact

Hi Adi,
Yep, more than one way to this in Reaper. As I mentioned in the reply to Kasper above. I find using the Master Track play rate envelope to be more powerful and with better options than just the playrate knob. The knob is good for 1 certain area or the whole song. The method I am doing via the Master Track is good for any area or areas in a song. Very powerful indeed.

I have messed with BPM or tempo changes in Reaper prior. But I like to keep the project I am working on clean. To me the play rate adjustment is non destructive and easy to get back to full speed. But maybe that comes down to what you are comfortable with?

Even though you have other ways to get what you want in Reaper you might want to try what I am talking about here as it may be more efficient or useful to what you are doing now?

At any rate, thanks to checking in and hope to hear more from you soon!

All the best and keep on a rock’n,
LB

I am wondering if Transcribe evolved out of Riffstation?

No, Transcribe! is a standalone tool that started development in 1998, more than 10 years before Riffstation appeared.

Maybe Justin is not aware of Reaper’s capabilities in the area of Playback Rates?

As I understand it, Justin doesn’t use Reaper. I believe he mainly uses Logic. Logic also has a speed change feature called “Varispeed”. In fact I suspect most DAWs have some way of doing this.

And he has Transcribe! which is a much better tool for this sort of thing, as it includes a bunch of analytics and other controls designed for making the workflow of transcribing easier.

I imagine most well-functioning DAWs would have this capability? In fact I’m sure that Justin said that Audacity can slow down playback while preserving pitch.

Yes, it can. In fact software to change the speed of songs is “a dime a dozen”. I use Music Speed Changer on my tablet or phone, or the Backing Track player in ToneLib GFX for this, for practice purposes.

I also have some hardware devices which do this, including my Boss JS-8, BR-80, etc. and the old Tascam unit that @glpguitar now has.

Personally I wouldn’t use a DAW to do this as, IMO there are better, more convenient tools. Of course, not everyone else has these tools and may find using a DAW to be a convenient way to slow things down whether that is for transcribing or for practising.

But I can’t see anyone who has a tool like !Transcribe wanting to do it this way.

Keith,
Thanks for the history scoop and other info on Transcribe… My experience has been with Riffstation and something called The Amazing Slow Downer. Both of what are not much better than Reaper in slowing down songs and for transcribing. I think if I get more into it I will look at Transcribe! But until then I will probably use Reaper as it suits my needs, which are a bit limited at this time.

I would think for other Reaper users, using Reaper to control the playback speed of songs is worth looking at. If they too find that transcribing or slowing of songs is heavy in the their future, then Transcribe would be a great tool to look into… Certainly if I have the cost right at $39 USD, it is a no brainer!

Riffstation is still out there, you just have to hunt it down and its now free (it went up to around $25 I recall when I bought it years back, then support was pulled). 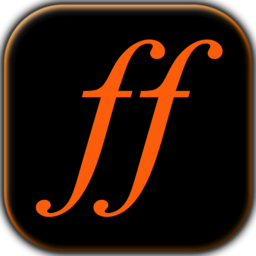 Download the latest version of Riffstation free. Millions of songs. Get the chords. Play along.

I find it useful if I want to change the key of something and export the audio. Very quick way of transposing backing tracks, when experimenting on vox. Slow down works well also.
In addition to that I’ll use Transcribe! and Reaper if I am actually in a project but its also handy for dropping YouTube tracks in. YouTube is ok but not flexible enough in my opinion, with its fixed percentile speed changes.

Probably not. After all, slowing down and looping a section of music is a bit of a trivial thing these days, which is why I said “a dime a dozen”.

But IMO, some of these other tools can be a lot more convenient, especially for those who are either unused to using a full DAW, or who may not be sitting at a PC when they transcribe or practice, or whose workflow doesn’t really suit starting up a DAW.

As I said, there’s dozens of tools out there, and a DAW is one of them. It’s great to know it’s there, but it’s not a “game changer” in any way whereas, I would say, that a tool like !Transcribe is (if you get to learn to use it properly).

For instance, one of the nice capabilities with !Transcribe is it makes it very easy to mark up the song sections, measures, and beats which is extremely useful when you start analysing individual parts and trying to decode rhythms. Yes you can place marks in a DAW, but doing so is quite clunky and time consuming and most people probably don’t bother.

I actually did a video about this a few years ago in response to a question on the SBL forums. To me, this capability alone is worth the price of admission.

Keith,
I may grab Transcribe as it is cheap and sounds good. The thing that would be useful to me is the dissection of song parts and such. Of course, the slowing of songs would be good to have around as well.

Is the “price of admission” a 1 time deal? Or do you have to pony up for each update?

A rock’n good thanks!
LB

Thanks Toby,
I think for a while Riffstation went out of circulation. I looked all over for it about a year ago and came up empty. Thanks for the link!