Welcome to the Guitar Challenges. Each ‘challenge’ is basically an open invitation to anyone and everyone to play a song, an improvisation, a study-piece etc and post a recording – just for the fun of it.

So, whether you are a relative beginner learning the basic chords and strumming pattern of a song, a more experienced player adding a little fancy fretwork, if you want to do a little finger-picking, or you want to sing and play at the same time … you can join in with these challenges.

If you do want some constructive advice and feedback on your playing then that is cool. Just ask. Otherwise this is all about positivity, encouragement and having a go.

These first posts are collected from the original Forum and were posted between October 2007 to June 2014.

In 2007 Justin first recorded a couple of videos in which he played, then taught, a short blues tune for solo guitar.
In total Justin released nine such study pieces. These were originally sold as a 3 DVD box-set. They are now available as electronic downloads here: 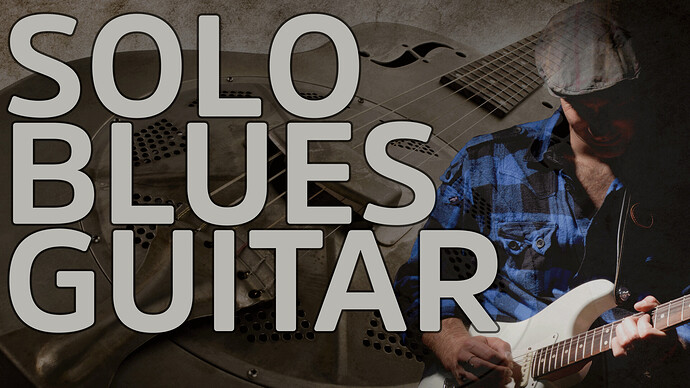 Do you play on your own but always feel it's missing a vocal? Well, this collection is for you - it's designed to teach you Blues style techniques and ideas so you can... 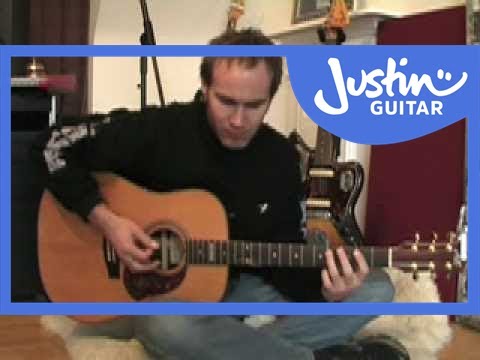 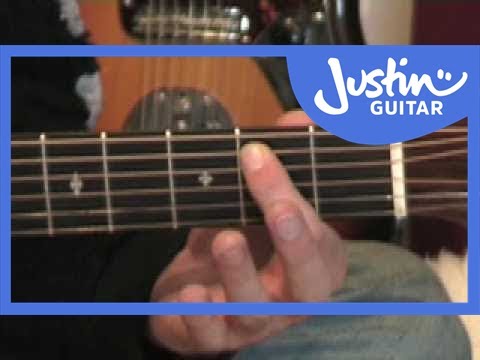 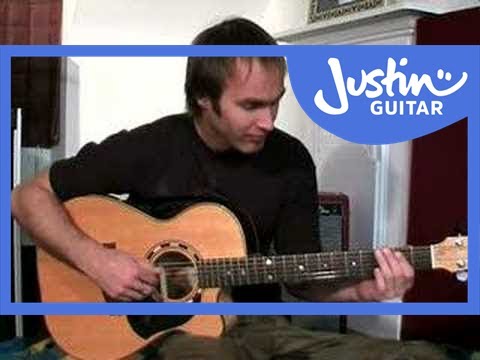 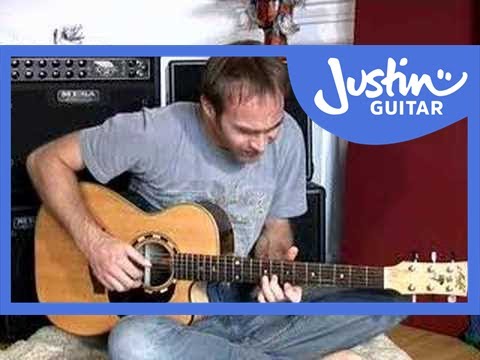 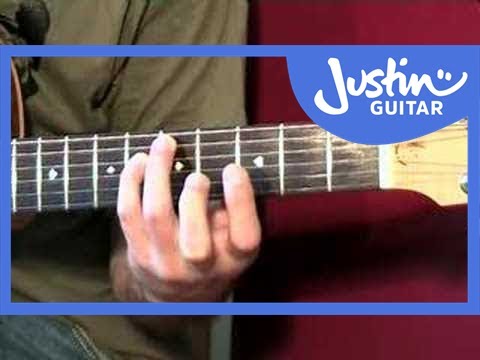 They proved very successful and popular with many students posting recordings and make for an ideal ‘challenge’.

Here’s another one from Solo Blues DVD2.

Here’s my go at the last piece from Solo Blues DVD2.

I some ways I found this the trickiest and find it hard to relax into playing it.

Here’s my go at Gospel Blues from Solo Blues DVD1.

Here is an attempt at Craggy Bar Blues

Here is my version of Walking Bass Blues from Solo Blues DVD 3.

So, this is me playing Justin’s “Solo Blues 1”.

These are my attempts at the three songs from Justin’s Solo Blues Guitar Vol. 1:

Will practicing for assembly (year 5) Primary. A couple of stuff ups but pretty awesome for an 11 year old playing for a year methinks.

A Blues Medley based on:

Hello all. My first foray into mixing rhythm and lead style playing.

Hi, Justin and friends! This is my steady thumb blues and variations. Take care!
Stream Steadythumbblues&variations by seasidetown | Listen online for free on SoundCloud

Throwing my new hat into the ring with a take at the Steady Thumb Blues.

This is my version of Walking Easy Blues.

Here’s my effort of the Walking Easy Blues. Hope you enjoy. Gary

Hi, a rough recording of the Steady Thumb Blues. Hope you enjoy.

That is all of the posts migrated from the original Forum.

It will be great to see continuing posts within our new Community.

Here are several I recorded some years ago. 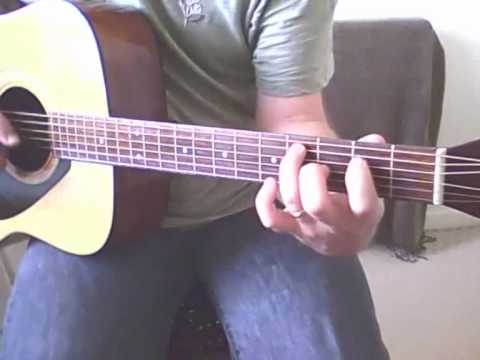 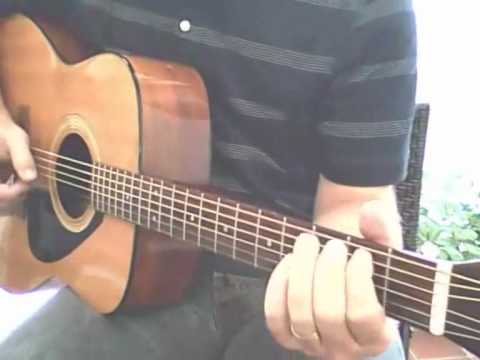 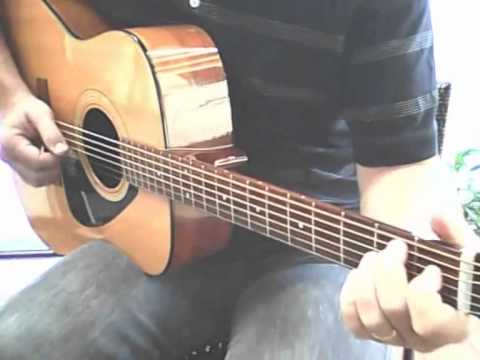 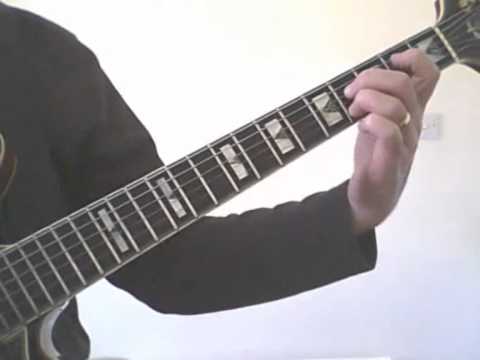 @Richard_close2u soooooo coolio, even more coolio than a

Purleaz play us some Blues next OM

I was drawn to this about a year ago and spent some time trying to get the first study under the fingers. I’d started working on the second and then changed course and focused on singing.

When the time is right then I’ll get back to this and no doubt have to start again with this one. It will be interesting to see how quickly I can reach this level of performance again and (hopefully) improve it.

@Richard_close2u I had another look at you showing how it should be done, Richard. I noticed the chord shape you used for the trickiest bit. Something to keep in mind when I return.

Here is my version of Walking Easy, Steady Thumb, Gospel and my own mash up of these 3 lessons. They are all recorded on my Yamaha FG700 that have some buzz issues. So buzz issues, very crude production and far from 100% clean playing… Well well, I would love some feedback. And hope to see some other contributions

PS: I recently bought a new acoustic, so next recordings will be with the Dowina Cabernet

My own mash up Hi Hans,
That was good to listen to, and the mash up was also a lot of fun, it clearly all came back in it, … I printed that course a while ago, it’s time to go with that too to start.
Thanks for the riminding,
Greetings

Sounded really good Snah, well done I think you did great! No nits from me, just a well done

I started looking at STB at the weekend, taken me months to find it for some reason. Happy with the tutorial I bought the course this morning and jumped straight on WEB. Good to see you playing them, as it gives a different perspective from the lesson. You seem to be doing very well and that gives me some encouragement !

Enjoyed the mash up. Look forward to doing some mix and match once I get the first 3 fluent.

Fabulous, Hans. Really enjoyed your performances on all of them! Look forward to more.

I’ve had this under my fingers for a month or so, have been playing it frequently as a warmup - thanks to @DavidP ’s post about OBS I’ve now got video with audio direct from my amp! From Justin’s Solo Blues course:

Brilliant James nicely played throughout, wouldn’t mind guitar being tad louder but anyhow it was great! Can clearly tell you put some work to it

You look so comfortable and embedded in the groove James. Cool blue tones. Well done.

That was wonderful James. What a nice, laidback vibe it had. Sweetly played.

Sweetly played is right! Love some laid back slow blues. You did it justice.

… at the end your metronome started ticking a bit harder I thought I noticed, right? … but nice tone too,
Greetings, Rogier

That was great, James. Most enjoyable. well played and recorded.

I love that piece and one fine day I shall have to resume the solo blues course, having first been distracted by a singing course and now running down the first steps of the blues lead path.

As Adrian said, from a production perspective the audio level on the video was quite low. I posted a Topic about that: Content Loudness and headroom when recording for YT

And thanks for the @mention on OBS, glad it was helpful.

That was superb! Good one!